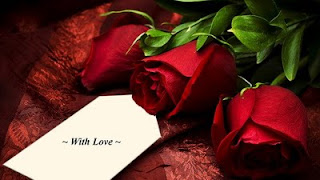 Historical archives talk of at least three different individuals known by the name of Saint Valentine and associated with Valentine's Day celebration of February 14. Some scholars even talk of the presence of as many as seven Saint Valentine all of whom lived in the Third Century and apparently died on February 14. Discussed here are the legends of three saints who were all martyred for their faith and have been recognized by the Catholic Church. Some scholars say that these saints were not separate individuals and are likely to be one and the same. Since these saints lived during the reign of the same Roman emperor and are believed to have died on the same day, this assumption seems to have some validity.

About Saint Valentine of Rome - Legend I
One of the most popular Saint Valentine associated with Valentine's Day festival is said to have lived in Rome when the country was under the reign of Emperor Claudius II. It is said that Emperor Claudius was hard-hearted king who continuously engaged Rome in bloody battles. But in order to keep fighting, he needed to keep recruiting soldiers. However, to his disappointment Claudius found that men were not willing to join army because of their attachment with their wives and families. In order to get rid of the issue, Claudius passed a callous decree that banned engagements and marriages in Rome. He also said that any priest who married a young couple would be put to death.

Young men and women found a savior in Valentine or Valentinus a romantic at heart priest. Even at the cost of his life, Valentine stood against the unjustified order and secretly arranged marriages with the help of Saint Marius. When Claudius finally found out about Valentine's defiance, he was brutally beaten up and put to prison. Later, Valentine was put to death on February 14, about 270 AD. For his martyrdom and service towards lovers Valentine was named a saint after his death.

By Middle Ages, Saint Valentine had become the patron saint of love and lovers in England and France. So, when Pope Gelasius decided to put an end to pagan celebrations of Feast of Lupercalia, he declared in 498 AD that 14th February be celebrated as Saint Valentine's Day. Since then lovers began to express their love on the martyrdom day of Saint Valentine.

About Saint Valentine of Rome - Legend II
According to another popular legend related to Valentine's Day, a saint called Valentine was an early Christian in Rome who loved children a lot. However, at that time Rome was not in favor of Christianity and it even persecuted Christians to ensure that Rome remains free of followers of Christianity faith. In spite of this law, St Valentine continued to practice Christianity and refused to worship Roman Gods. When Emperor Claudius came to know of this defiance, he put Valentine into a rigorous imprisonment for a year. It is said that when Valentine was in jail, little children began to feel sad as they missed Valentine so much. They even used to toss loving notes and flowers from the bars in the prison window.

Some scholars say that during his stay in prison Valentine fell in love with jailer Asterius's blind daughter (whose name may have been Julia), who used to bring for him flowers and notes from children. It is said that day's before his execution, Valentine prayed for his sweetheart and she regained her eyesight. Valentine also wrote a farewell note to jailer's daughter a signed it “From Your Valentine”. This phrase became quite popular amongst the lovers and is still very much in vogue. Some scholars say we remember his death on Valentine's death by sending kind messages to our friends. 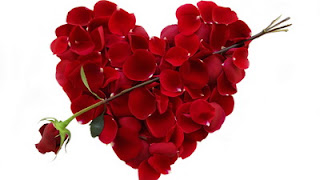 About Saint Valentine - Bishop of Interamna - Legend III
Some scholars talk about the presence of yet another Saint Valentine related to Valentine's Day celebration of February 14. This Valentine was a Bishop residing in Interamna (today known as Terni) in Italy in the Third Century. He is said to have dedicated his life to the Christian community of Terni, becoming the first Bishop of the town. People adored Bishop Valentine and the fame of his holiness and miracles reached Rome. Valentine's was also linked with love because he is believed to be the first religious personage to oversee the celebration of marriage between a pagan man and a Christian woman. This Saint Valentine is believed to have been scourged, imprisoned and beheaded by Placidus, Prefect of Interanma. The relic bones of this Saint Valentine are housed in a basilica in Terni. To commemorate the saint, every year on February 14, the town of Terni hosts exhibitions, fairs and cultural events.